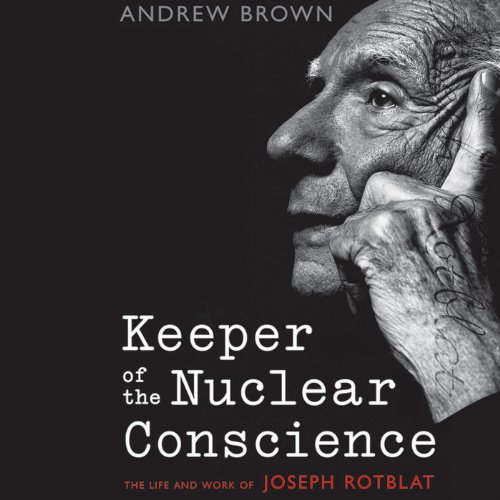 Keeper of the Nuclear Conscience

As Andrew Brown shows in Keeper of the Nuclear Conscience, Joseph Rotblat's life--from an impoverished childhood in war-torn Warsaw to an active old age that brought honors and public recognition, including the Nobel Peace Prize--is a compelling human story in itself. What gives it added significance is Rotblat's single-minded dedication to peaceful causes, particularly his pursuit of nuclear disarmament.

Here is the first full biography of Joseph Rotblat based on complete access to his private papers. Brown describes how Rotblat overcame poverty and anti-Semitism to become a nuclear physicist, becoming a key member of the British team that worked on the atomic bomb in England and with the Manhattan Project in America. But Rotblat, appalled by the use of atomic bombs against the Japanese and deeply depressed by the brutal death of his wife in the Holocaust, soon became one of the prime architects of the anti-nuclear movement. The book describes his post-war activities under the shadow of Britain's nuclear program, his first political and media encounters, his exposure of the hazards of radioactive fallout, and his friendship with Bertrand Russell. Brown shows that Pugwash, the anti-nuclear group that Rotblat helped form, eventually established an invaluable back-channel link that penetrated the Iron Curtain. Indeed, it was a Pugwash office that facilitated the first meeting between Gorbachev and Reagan. Gorbachev's security advisers were heavily influenced by Pugwash ideas, especially the concept of non-offensive defense in Europe.

Rotblat dedicated the last six decades of his life to peaceful causes and to efforts to uphold the ethical application of science. In this engaging biography, we discover a great man whose profound conscience shaped his life and work, and left an important legacy for future generations.