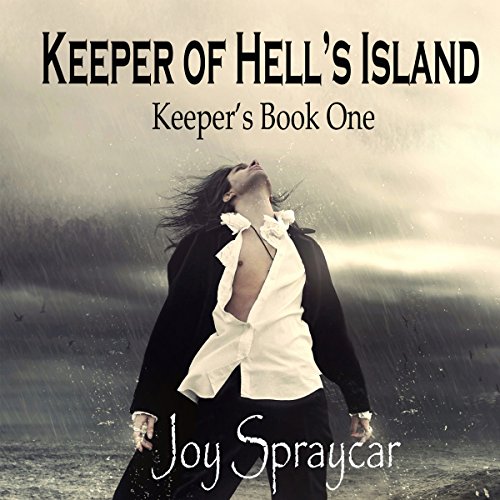 In the Beginning of Time, God called his six most faithful before him. To each, He gave a charge. To four, He gave the keys to the four gates - The East, the West, the North, and the South. To the other two, He gave an object- To one, The Cauldron, To the other, the Vambrace of Tim. Each took solemn vows to fulfill their assignments. A duty to be passed from on generation to the next, Until such time as God appeared to take back the hallowed objects. And so they did as commanded. Now, the objects and the Keepers await God's return

How can you escape a living hell when God is the one who put you there? You don't! Despite his role as Chaplain and Keeper of Hell's Island, Tavin finds his faith lacking as one by on friends and family members have died horrible deaths. Instead of finding solace in his God-given duties, Tavin curses the day he was born a McLellan and yearns for a life far, far away from this living hell. But when a chestnut-haired beauty washes up on shore, he begins questioning everything he's ever known about God's plan. Can Tavin restore his faith and put aside his own needs long enough to find love and fulfill his destiny? Is he the key to mankind's survival? Viola Wellington wants more than the courtly existence arranged for her in Friar Commonwealth. Armed with her dying grandmother's promises of a better life on distant shores, Viola sets out on a harrowing adventure guaranteed to alter her future. Now stranded on Hell's Island with a man she thought only existed in her dreams, Viola finds herself caught between love for Tavin and her family's God-given calling. Can she put her faith in Tavin and become the key to the world's salvation?
©2016 Joy B Spraycar (P)2017 Joy Spraycar
Horror
Mehr anzeigen Weniger anzeigen