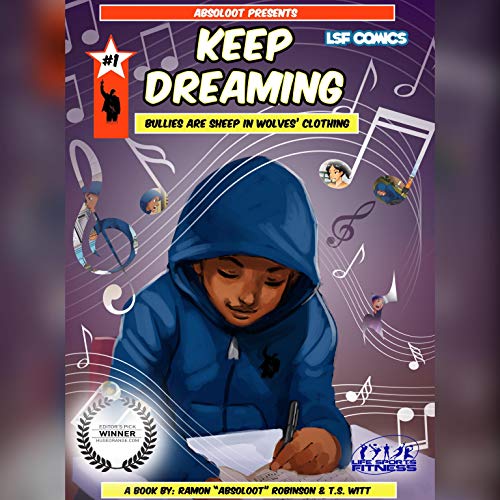 Leron's Song is a story that underscores the difficult and all too prevalent problem of bullying. The narrative focuses on a young man, Leron, who often day dreams and "lives" in his own world of music. He constantly hears it, dreams it, and like a shadow, it follows him wherever he goes.

Throughout the story he is bullied frequently by a group of older kids, which keeps him from ever expressing his true genius. He consistently suppresses his God given ability because he feels inadequate. One of the turning points, as the story moves along, is the destruction of an important composition of his. This awful incident really devastates Leron. Although, this unfortunate incident occurred, which felt like a punch in stomach.

Leron has a revelation about himself and it sends him headlong into his greatest musical adventure. Granted, bullying is most certainly the primary theme of this comic; this story is also about the unwavering human spirit. Keep Dreaming is definitely a pause resister and an amazing story for all ages.