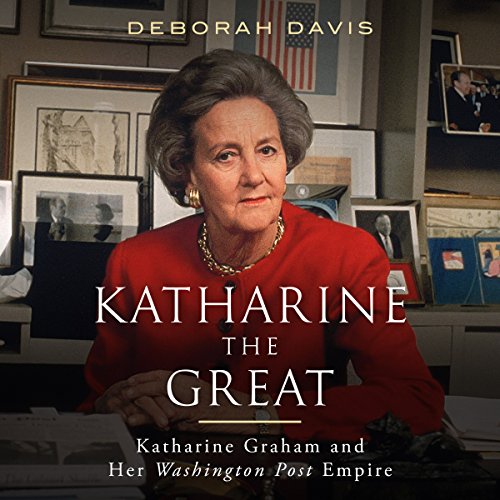 An unauthorized account of the secret power behind the Washington Post, and the woman who took down President Nixon.

In the early 1970s, Katharine Graham was one of the most powerful women on earth. As the publisher of the Washington Post, she published the Pentagon Papers, which shed light on the darkest corners of the war in Vietnam, and she oversaw the investigation into Watergate that would bring down President Richard Nixon. Her story is one of the greatest triumphs in the history of American journalism, but she may have had a secret ally: the Central Intelligence Agency. In this stunning biography, veteran reporter Deborah Davis unearths the truth about the Washington Post and the family that ran it.

Upon the first printing of Katharine the Great, the original publisher pulled the book under pressure from Katharine Graham and her editor-in-chief, Benjamin Bradlee, who demanded that it be destroyed. Nothing in the book was ever disproven, and it stands today as a testament to dogged reporting and the unmatched power of the intelligence community.