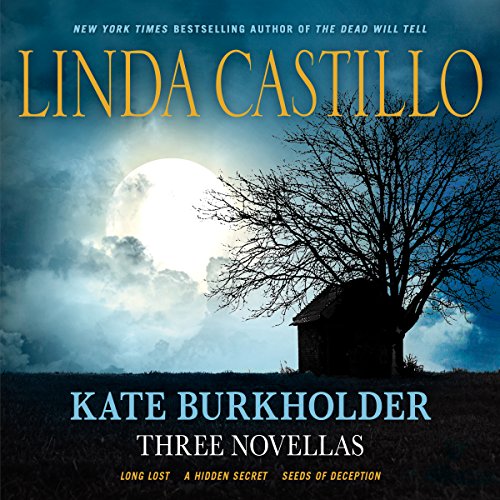 From Linda Castillo, the New York Times best-selling author of Sworn to Silence and Among the Wicked, this collection of stories featuring Chief of Police Kate Burkholder combines three amazing novellas for the first time together.

Long Lost
After closing a difficult case, Kate Burkholder and John Tomasetti look forward to some downtime, but their relaxation is cut short by rumors that the old house where they're staying is haunted by a girl who disappeared 20 years earlier, leaving nothing behind but some bloody clothes by the river and rumors of a volatile relationship. Swept up in the girl's story and a need for justice, Kate and John begin looking into the mysterious disappearance.

A Hidden Secret
When a baby - only hours old - is discovered on the Amish bishop's front porch in Painter's Mill, Ohio, Chief of Police Kate Burkholder is called in to investigate. The newborn is swaddled in an Amish crib quilt, and the only other item found with the child is a hand-carved wood rattle, which Kate also recognizes as Amish. With the rattle and quilt as the only clues, Kate must call upon her own Amish roots and, with the help of state agent John Tomasetti, search the Amish and "English" communities of Painters Mill for clues to unravel the poignant, puzzling mystery.

Seeds of Deception
Listeners get a glimpse into Chief of Police Kate Burkholder's past and her Amish roots. Fourteen-year-old Katie Burkholder has been tasked with picking apples in Zimmerman's Orchard with her best friend, Mattie, when a group of older "English" boys, known troublemakers, interrupt. Mattie, no stranger to trouble herself, disappears into the old barn with one of the boys, and moments after they both run out, the Zimmermans' barn is consumed by fire. Katie suspects the boy had something to do with the blaze, but he denies it. When the facts don't add up, Katie begins her own investigation - and she doesn't like what she finds. Will her friendship with Mattie survive the truth?