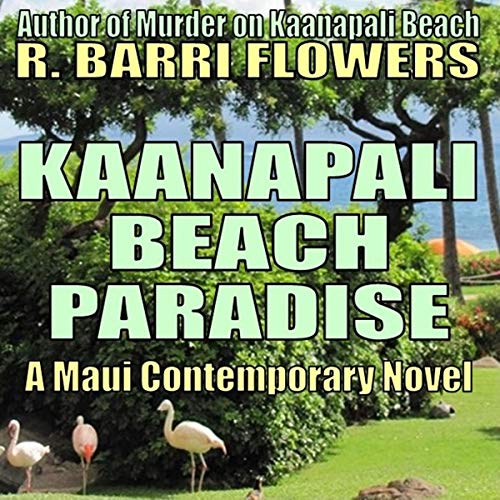 Multimillionaire CEO of Kaanapali Palms, Ben Crawford, is not above getting in bed with organized crime to make dream come true. A widower, his 19-year old daughter, Leigh, means everything to him. Forgotten is the child he abandoned long ago, never imagining this would come back to haunt him.

Leigh Crawford is gorgeous, spoiled, precocious, and primarily looking to have fun at her daddy’s new luxury hotel. After meeting super-hot Hawaiian chauffeur, Masami, things get steamy in a hurry. Will they crash land or could there actually be a future between them?

Yoshiko Pelayo is a stunning Hawaiian journalist, who has taken an undercover job in housekeeping at the Kaanapali Palms, while plotting vengeance against the father she never knew in Ben Crawford, whom she blames for her mother’s death and her own abandonment.

Eugene Keebler is a janitor at the Kaanapali Palms and smalltime hood. He sees the grand opening as a golden opportunity to rob the place, with the help of crooked friends.

Genevieve Roswell, an aspiring musician, fled San Francisco after testifying against her drug dealing boyfriend, ending up on Maui. Now her past is about to catch up to her.

Kaanapali Beach Paradise promises to keep listeners engaged with intriguing twists at every turn and a shocking conclusion amidst the grandeur of a world-famous Hawaiian beach resort.