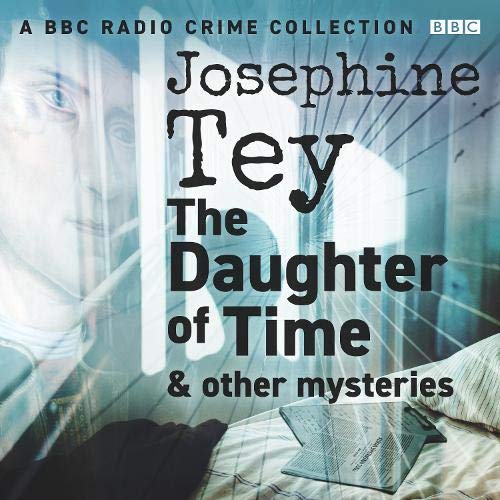 Josephine Tey: The Daughter of Time & Other Mysteries

Scottish novelist and playwright Josephine Tey was one of the greatest Golden-Age crime writers and the author of eight mysteries, including six featuring Scotland Yard inspector Alan Grant. The most famous of these, The Daughter of Time, was acclaimed the greatest crime novel of all time by the Crime Writers' Association. A full-cast dramatisation of this iconic story is included here, along with adaptations of four of her other much-loved mystery novels.

Miss Pym Disposes: invited by her friend Henrietta to lecture at a physical education college, expert psychologist Miss Lucy Pym little suspects that among the healthy young women is someone with a mind sick enough to commit murder.... Julia Foster stars as Miss Pym, with Joan Sims as Henrietta.

The Franchise Affair: a 15-year-old schoolgirl accuses Marion Sharpe and her mother of kidnapping and beating her. Can solicitor Robert Blair prove the women's innocence? An abridged reading by Edward Petherbridge.

The Daughter of Time: in hospital with a broken leg, Inspector Grant is bored. To pass the time, he decides to try and solve one of history's most famous puzzles: did Richard II really kill the Princes in the Tower? Peter Gilmore stars as Alan Grant.

The Singing Sands: travelling to the Highlands by train, Inspector Grant ends up investigating the mysterious death of the man in compartment B7. An abridged reading by Paul Young of Tey's final novel, published posthumously in 1952.

Also included is a Woman's Hour discussion of the life of Josephine Tey, with Andrew Taylor and fellow author Nicola Upson, whose best-selling crime novels feature Tey as the detective heroine.

A Shilling for Candles

The Daughter of Time