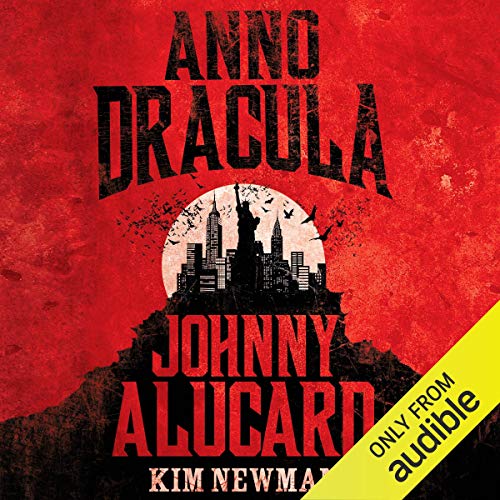 Dracula Comes to New York: Kim Newman returns to one of the great, best-selling vampire tales of the modern era. Considered alongside I Am Legend and Interview with the Vampire as one of the stand-out vampire stories of the last century, this brand-new novel is the first in over a decade from the remarkable and influential Anno Dracula series.

Newman’s dark and impish tale begins with a single question: What if Dracula had survived his encounters with Bram Stoker’s Dr. John Seward and enslaved Victorian England? Fallen from grace and driven from the British Empire in previous instalments, Dracula seems long gone. A relic of the past. Yet, when vampire boy Johnny Alucard descends upon America, stalking the streets of New York and Hollywood, haunting the lives of the rich and famous, from Sid and Nancy to Andy Warhol, Orson Welles, and Francis Ford Coppola, sinking his fangs ever deeper into the zeitgeist of 1980s America, it seems the past might not be dead after all.