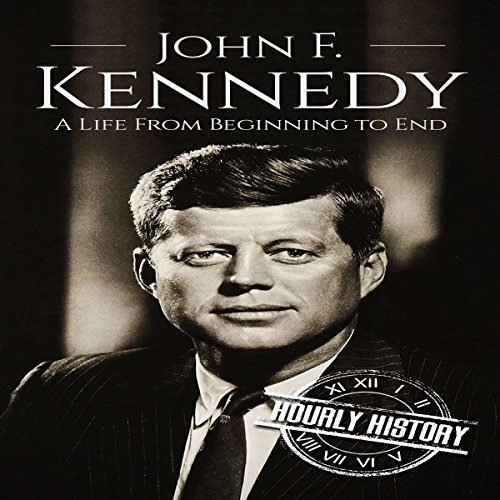 John F. Kennedy: A Life from Beginning to End

John F. Kennedy is the president that everyone knows. He was a rich man's son, an athlete, a war hero, a ladies' man, an author, a president - his face rendered forever young because the last time Americans saw him, he was riding in a convertible in Dallas, his glamorous wife at his side. Then the bullets struck, and the assassinated president became a legend, the truth of his life obscured by his tragic and untimely death. But JFK had more depth to his character than the magazine covers indicated.

The rich man's son was the grandson of Irishmen who knew what it was to be denied jobs because Irish weren't welcome in Boston. The athlete suffered from poor health all his life, from a bad back to Addison's disease. The war hero whose PT-109 boat became part of his campaign legend was the son who survived; elder brother Joe, flying on a secret mission, was killed for his heroism. The ladies' man loved his wife, but fidelity was not a concept revered by the Kennedy men. The Pulitzer Prize that he was awarded for Profiles in Courage should have gone to the person who actually wrote it. In 1963, death in Dallas ended his first term as president, bringing an end to the optimism that he inaugurated when he narrowly defeated Vice President Richard Nixon in the 1960 election. But the Kennedy legend, like Camelot, lives forever.