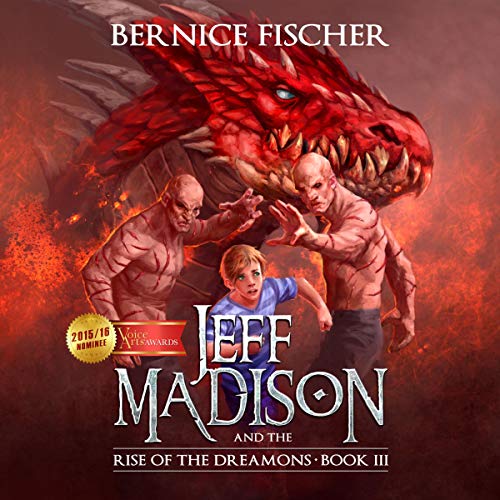 Jeff Madison and the Rise of the Dreamons

Jeff Madison and the Rise of the Dreamons

His dream-catching abilities have saved him more than once, but have things too far this time? When dream catcher Jeff Madison is attacked by an evil beast in his own bedroom, the 13-year-old falls into another dimension as he tries to save himself. Suddenly he arrives in the beautiful, fearsome fire kingdom of Torturra, where everything from plants to water shimmers in flame.

To complicate matters, the warewitch Zorka has returned, and her craving for the blood of Jeff’s friend Phoebe knows no bounds. At the same time, the horrid Wiedzma is after Jeff and his dream-catching abilities. Together the two witches cook up a plan in which terrifying creatures called dreamons will help them capture Jeff and Phoebe. But then arrives the shape shifter Nequam in the form of Jeff to trick Phoebe into following him into the distant kingdom … What will their friend Rhed, the Sandustian warriors and the good witch Angie, not to mention the dragons, have to say about this?