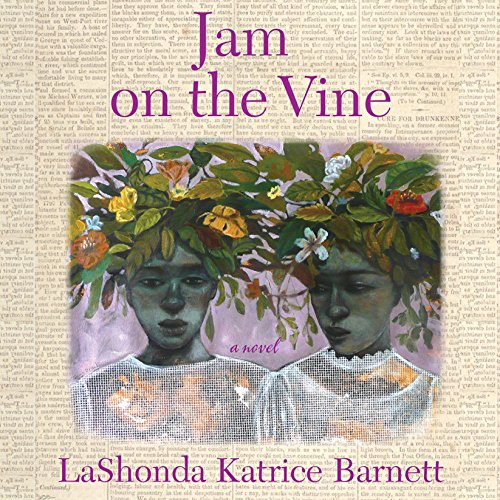 Jam on the Vine

Jam on the Vine

A new American classic: a dynamic tale of triumph against the odds and the compelling story of one woman's struggle for equality that belongs alongside Jazz by Toni Morrison and The Color Purple by Alice Walker.

Ivoe Williams, the precocious daughter of a Muslim cook and a metalsmith from central-east Texas, first ignites her lifelong obsession with journalism when she steals a newspaper from her mother's white employer. Living in the poor, segregated quarter of Little Tunis, Ivoe immerses herself in printed matter as an escape from her dour surroundings. She earns a scholarship to the prestigious Willetson College in Austin only to return overqualified to the menial labor offered by her hometown's racially biased employers.

Ivoe eventually flees the Jim Crow South with her family and settles in Kansas City, where she and her former teacher and lover, Ona, found the first female-run African-American newspaper, Jam! On the Vine. In the throes of the Red Summer, the 1919 outbreak of lynchings, and race riots across the Midwest, Ivoe risks her freedom and her life to call attention to the atrocities of segregation in the American prison system.

Skillfully interweaving Ivoe's story with the stories of her family members, LaShonda Katrice Barnett's Jam on the Vine is both an epic vision of the hardships and injustices that defined an era and a moving and compelling story of a complicated history we only thought we knew.

"Narrator Phylicia Rashad gives such a vivid portrayal of the characters in this audiobook that you feel you are in the same room with them, only you've turned your head and don't happen to be seeing them. It's as if she's known every one of them personally." ( AudioFile)