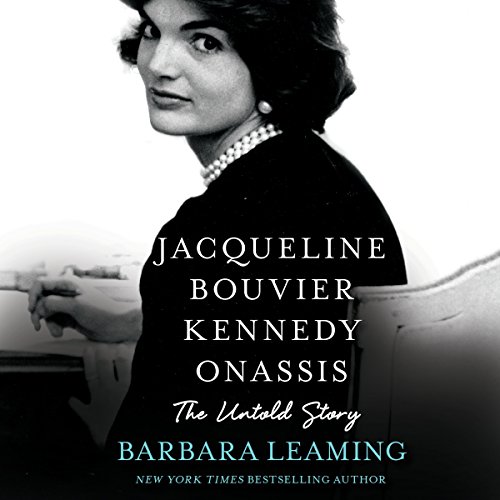 The untold story of how one woman’s life was changed forever in a matter of seconds by a horrific trauma.

Barbara Leaming’s extraordinary and deeply sensitive biography is the first book to document Jacqueline Kennedy Onassis’ brutal, lonely, and valiant 31-year struggle with post-traumatic stress disorder (PTSD) following JFK’s assassination. Here is the woman as she has never been seen before. In heartrending detail, we witness a struggle that unfolded at times before our own eyes, but which we failed to understand.

Leaming’s biography also makes clear the pattern of Jackie’s life as a whole. We see how a spirited young woman’s rejection of a predictable life led her to John F. Kennedy and the White House, how she sought to reconcile the conflicts of her marriage and the role she was to play, and how the trauma of her husband’s murder, which left her soaked in his blood and brains, led her to seek a very different kind of life from the one she’d previously sought.

A life story that has been scrutinized countless times, seen here for the first time as the serious and important story that it is. A story for our times at a moment when we as a nation need more than ever to understand the impact of trauma.