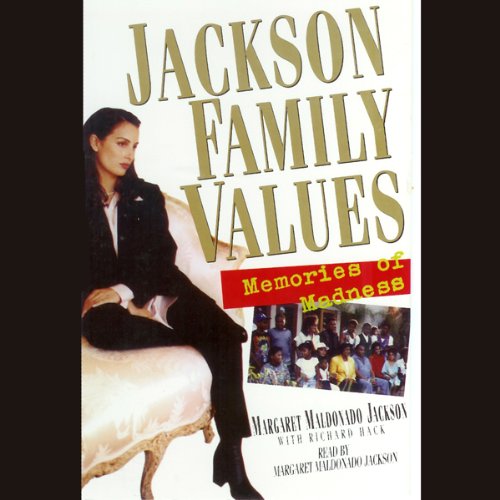 For years, Margaret Maldonado Jackson was a celebrant of the good life, living with her Prince Charming - Jermaine - at the Jackson family estate in Encino, California. A former teenage runaway who had barely survived life in the fast lane, she had felt fortunate to be welcomed into the Jackson clan.

So why, in 1993, was she running for her life with her children? What had happened to this young woman to make her feel so threatened and so alone? What had she done to make Jermaine and the other Jacksons commit acts of verbal, physical, and legal terrorism upon her, when she only wished to be part of their family?

In Jackson Family Values, she tells about the ongoing hostility, paranoia, backbiting, and jealousy that pervades the family, and how suspected or acknowledged instances of rape, murder, abuse, and adultery have touched all their lives: how the greed and sexual swordsmanship of the Jackson males continually erodes the family fabric, and how physical violence is considered a negotiating tool.

Told with anecdotal humor and honesty, this is the story of how one young woman transcended years of betrayal and disillusionment to regain independence for herself and her children.