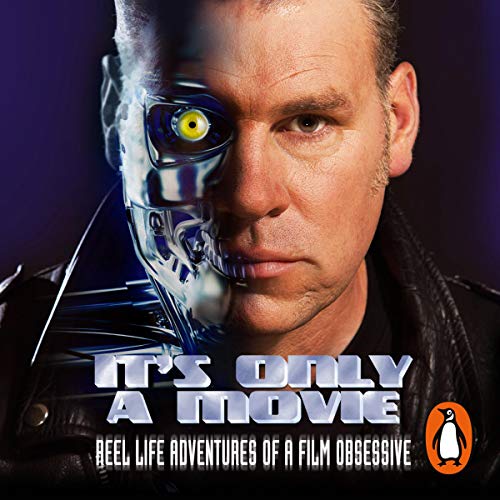 It's Only a Movie

If you grew up believing that Planet of the Apes told you all you needed to know about politics, that Slade in Flame was a savage exposé of the pop world, and that The Exorcist revealed the meaning of life, then you probably spent far too many of your formative years at the cinema. Just as likely, you soon would have realised that there was only one career open to you - you'd have to become a film critic.

In It’s only a Movie, the incomparable Mark Kermode takes us into the weird world of a life lived in widescreen. Join him as he embarks on a gut-wrenching journey through the former Soviet Union on the trail of the low budget horror flick Dark Waters, cringe as he's handbagged by Helen Mirren at the Bafta awards ceremony, cheer as he gets thrown out of the Cannes film festival for heckling in very bad French, and don't forget to gasp as he's shot at while interviewing Werner Herzog in the Hollywood hills.

‘Film criticism is rarely as much fun as Kermode, whether on the radio or in this hugely entertaining book.’ ( Empire.)
‘Kermode is interesting on the topic of how we remember (and misremember) key cinematic scenes, and how the grammar of cinema reflects the way our thoughts flow…Fans of Kermode’s television and radio work will love all of his complaining about Pirates of the Caribbean, and his repeated references to the magazine Fangoria and celluloid curious such as Slade in Flame’ ( Telegraph)
'His boundless affection for everything that cinema has to offer, from the people behind the scenes to everything from the good, the bad and the ugly that he has had to sit through over the decades is voiced brilliantly in his new autobiography, It’s Only A Movie’ Full page interview in the Leeds Guide.

Das sagen andere Hörer zu It's Only a Movie