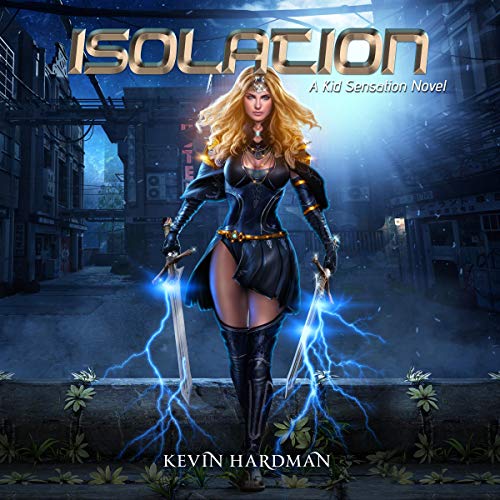 Taking on supervillains has never been a problem for Jim (a.k.a. Kid Sensation). It’s what he’s been trained to do, and he does it well. Completely intrepid in the face of danger, he’s never shied away from a crisis, no matter how difficult the assignment or how great the menace. But now he faces a task that even he dreads: hunting down his friend and mentor, Mouse.

Initially hesitant to believe reports that his mentor has gone rogue, mounting evidence and his own firsthand observations soon leave no doubt of the truth: Mouse is now an enemy fully intent on destroying the Alpha League - the world’s premier team of superheroes. Taking him down, however, won’t be easy. Not only is he a brilliant strategist and tactician, but as the leader of the Alpha League, Mouse knows all of his colleagues’ tactics. Their secrets. Their weaknesses.

As the pursuit of his mentor becomes more frenzied and intense, it soon becomes evident that Mouse’s actions have dire implications not just for the Alpha League, but the entire world. However, despite being isolated and alone, Mouse is a formidable opponent who can never be taken lightly, and it soon becomes evident that even Jim’s incredible slate of superpowers may not be enough to stop him.