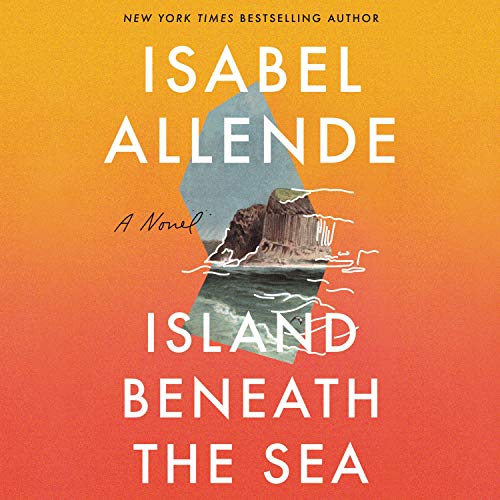 Island Beneath the Sea

Born a slave on the island of Saint-Domingue, Zarit - known as Tt - is the daughter of an African mother she never knew and one of the white sailors who brought her into bondage. Though her childhood is one of brutality and fear, Tt finds solace in the traditional rhythms of African drums and in the voodoo loas she discovers through her fellow slaves.

When 20-year-old Toulouse Valmorain arrives on the island in 1770, its with powdered wigs in his baggage and dreams of financial success in his mind. But running his fathers plantation, Saint Lazare, is neither glamorous nor easy. It will be eight years before he brings home a bride - but marriage, too, proves more difficult than he imagined. And Valmorain remains dependent on the services of his teenaged slave.

Spanning four decades, Island Beneath the Sea is the moving story of the intertwined lives of Tt and Valmorain, and of one woman's determination to find love amid loss, to offer humanity though her own has been battered, and to forge her own identity in the cruellest of circumstances.

"In a many-faceted plot, Allende animates irresistible characters authentic in their emotional turmoil and pragmatic adaptability. She also captures the racial, sexual, and entrepreneurial dynamics of each society in sensuous detail while masterfully dramatizing the psychic wounds of slavery. Sexually explicit, Allende is grace incarnate in her evocations of the spiritual energy that still sustains the beleaguered people of Haiti and New Orleans." ( Booklist)

After getting used to all the names i really loved to hear this Book and certainly will also Read it! It is a gerat Story about a family with all its members during the Time of slavery in the Antillies and the South of North Amerika. As always the characters are presented with all their good and Bad Attitudes. I really can recommend this Book!