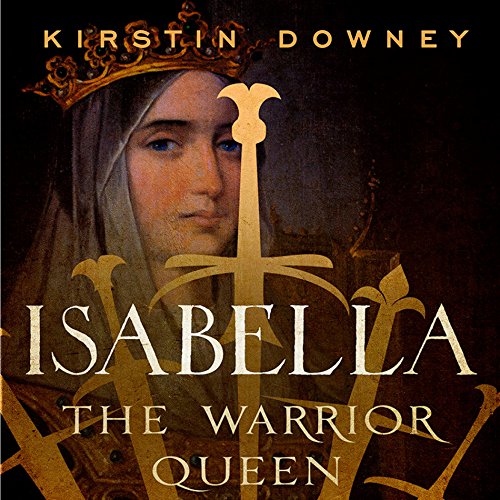 An engrossing and revolutionary biography of Isabella of Castile, the controversial Queen of Spain who sponsored Christopher Columbus's journey to the New World, established the Spanish Inquisition, and became one of the most influential female rulers in history.

Born at a time when Christianity was dying out and the Ottoman Empire was aggressively expanding, Isabella was inspired in her youth by tales of Joan of Arc, a devout young woman who unified her people and led them to victory against foreign invaders. In 1474, when most women were almost powerless, 23-year-old Isabella defied a hostile brother and a mercurial husband to seize control of Castile and León. Her subsequent feats were legendary. She ended a 24-generation struggle between Muslims and Christians, forcing North African invaders back over the Mediterranean Sea. She laid the foundation for a unified Spain. She sponsored Columbus's trip to the Indies and negotiated Spanish control over much of the New World with the help of Rodrigo Borgia, the infamous Pope Alexander VI. She also annihilated all who stood against her by establishing a bloody religious Inquisition that would darken Spain's reputation for centuries.

Whether saintly or satanic, no female leader has done more to shape our modern world, in which millions of people in two hemispheres speak Spanish and practice Catholicism. Yet history has all but forgotten Isabella's influence, due to hundreds of years of misreporting that often attributed her accomplishments to Ferdinand, the bold and philandering husband she adored. Using new scholarship, Downey's luminous biography tells the story of this brilliant, fervent, forgotten woman, the faith that propelled her through life, and the land of ancient conflicts and intrigue she brought under her command.

"A strong, fascinating woman, Isabella helped to usher in the modern age, and this rich, clearly written biography is a worthy chronicle of her impressive yet controversial life." ( Kirkus Reviews)

I didn't know how important Isabella was for the western civilization utnil I listened to this book.
To me she had been the narrowminded "mother of inquisition" and not the defender of Christianity.

What I appreciated a lot was the sober view on the Muslim conquest in Spain and on the Balcans. Of course - no conquest goes without bloodshed and suppression, that should be obvious. However I was raised in the Idea that the Muslim conquest brought light to the stupid Europeans.
Thank you for righting this wrong idea.