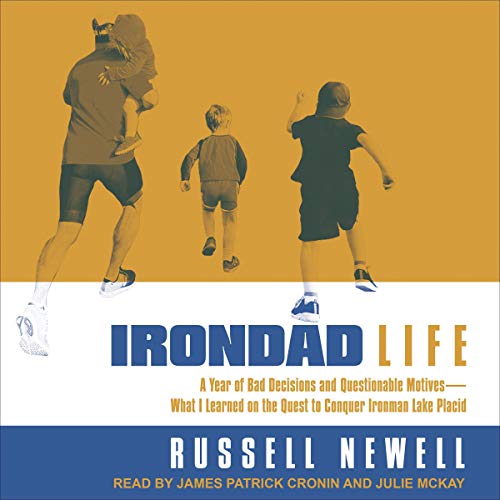 Why do people race in Ironmans - a competition that was dreamed up by a US Navy Officer after a beer-influenced debate over who were the fittest athletes - swimmers, cyclists, or runners? Only a person whose good sense was severely impaired would decide to do a race marked by such agony and suffering - a race that makes no sense to normal people.

What type of person (lunatic) goes to bed at 9:00 p.m. and wakes up at 4:00 a.m. every day for 12 months, eliminates every fun thing to eat and drink, incurs thousands of death stares from an angry spouse, and spends a minimum of 10,000 dollars...all to put their body through a 17-hour torture chamber during which a potpourri of exciting, physiological wonders - such as dehydration, fuel supply shortages, oxidative stress, muscle damage, brain fatigue, and overheating - occur, causing the body to age by 20 years?

Russell Newell would find out when he signed up for the second oldest Ironman in the country: Lake Placid, in the idyllic Upstate New York village nestled in the Adirondacks that twice hosted the Winter Olympics. Russell would then question his sanity and test his resolve as he attempted to finish the 2018 Ironman Lake Placid...despite almost drowning, crashing on his bike, and nearly shitting his pants 18 times.