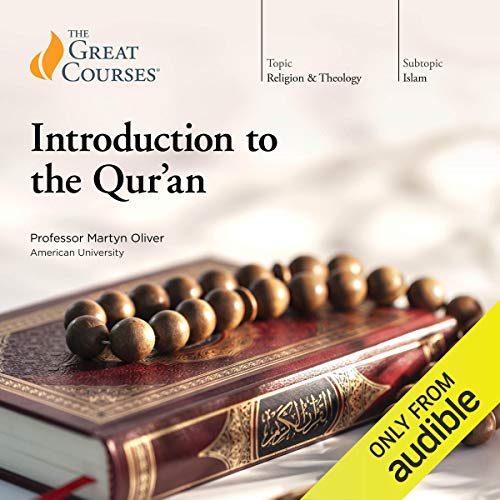 Introduction to the Qur’an

Introduction to the Qur’an

For people of the Muslim faith - nearly 25 percent of the world’s population - the Qur'an represents the most intimate and direct experience of the divine. For the Islamic faithful, the Qur'an is the eternal and perfect Word of God, and it lies at the very heart of their understanding of themselves and the world. And yet, many non-Muslims have little familiarity with or understanding of this influential text. As a result, myths and misconceptions about the Qur'an and how it functions in the Islamic faith abound. In an increasingly global society, it has never been more important to understand the complicated history and message of the Qur'an, and its significance to millions of believers around the world.

Often, much of what is misunderstood about Islam is the result of a lack of information - and some dangerous and prolific myths. To combat these myths and better understand the complex Islamic tradition, Dr. Martyn Oliver, a senior professorial lecturer at American University, presents 12 in-depth lectures to provide you with a multifaceted approach to Muhammad, Islam, and the revelation known today as the Qur'an. You will understand the origins of Islam, as well as its growth and development across the ages, and you will see how the religion is practiced and understood today. Along the way, you will explore familiar terms and ideas that have become complicated by misrepresentation, such as sharia and the concept of jihad. Combining literary, theological, and historical perspectives, Dr. Oliver gives you a rich introduction to a complex and influential religious text. This course is also a rare opportunity to hear the Qur'an recited aloud by an award-winning reciter who brings the beautiful language of the ancient text to life for believers and the curious alike.

Only by understanding the historical, cultural, and religious framework of Islam can we hope to understand the complexity of Islam, both historically and theologically. For those who practice Islam, this course may help believers better understand the ongoing struggle to understand God’s will and to live according to his law, while those who come from the outside can have a better understanding of an often-misunderstood tradition. Introduction to the Qur'an will show you the beauty and the challenge of Muhammad’s revelation, and how it has moved and guided its adherents for centuries.

Engaging lectures on the Qur'an

A truly excellent course showcasing both the historical context and inner structure of Islam's holy text. As a theologically inclined nonbeliever, I found the lectures to be thorough from a scholarly perspective, and I gained an admiration for the complex tapestry of this religious tradition. What I found particularly refreshing is that emphasis is put on the history and the text instead of current affairs and political debates. The intermittent readings in Arabic are both beautiful in their own right and convey the importance and ritualistic aspect of the oral tradition. Highly recommended!