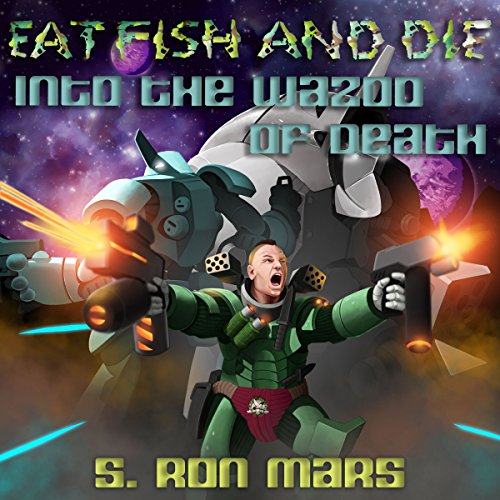 Into the Wazoo of Death

If you weren't completely offended by the last installment of this fakakta series, then get ready for another fish fry! Hooah!

As the interstellar war with the Kasago heats up like a Bengay-laminated jockstrap, we find Major Joachim Merlot and his battalion of battle-ready androids yet again defending Earth against an alien race of stinking fishy creatures. Unlike his last mission, his odds of making it back alive have improved - sort of. As much as the military would prefer him dead, he's more valuable for a bogus court-martial. Is he guilty? Who cares! Hearing about Merlot's headlong charge straight up the enemy's wazoo is worth the price of admission.

If you've read this far, please stop and download the darn book!

Das sagen andere Hörer zu Into the Wazoo of Death