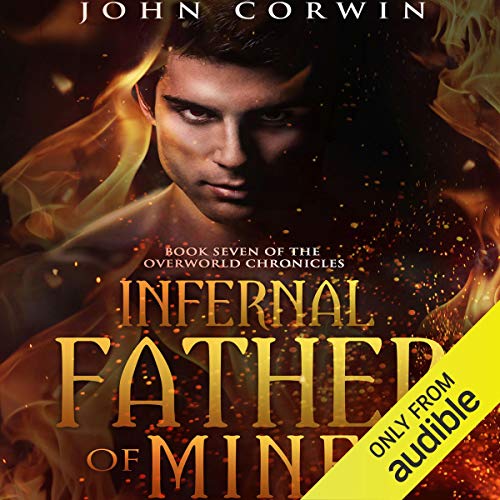 Infernal Father of Mine

Everybody has daddy issues.

Justin's reunion with his father starts with a punch to the face, and their capture by Exorcists, a cult branch of the Templars supposedly disbanded centuries ago. The Exorcists banish Justin and his father David, to the Gloom. Fighting to escape exile, Justin discovers everything he knows about his father is a lie. Even worse, the man is a complete jackass who won't give a straight answer to the simplest of questions.

But when they stumble upon a secret army being grown by one of Daelissa's minions, they realize much more than a healthy father-son relationship is at stake. Justin and his father will have to escape the Gloom, bring back reinforcements, and crush the enemy, before Daelissa marches her forces into the real world. Unfortunately, the army stands between them and freedom. Daddy issues will have to wait. The war starts now.