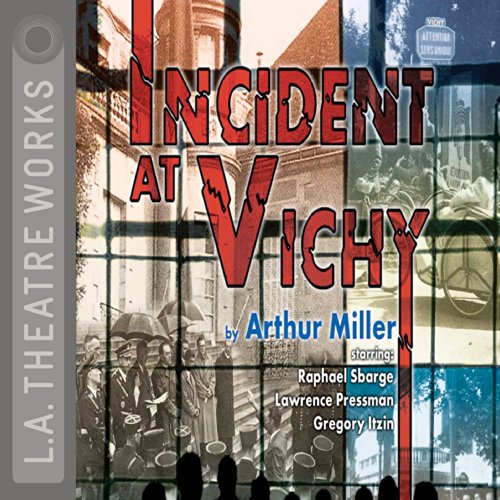 In this dark character study, the first sounds the listener hears are faint music, then sirens, then the echoing frightened voices of detainees in a damp Nazi holding cell in Paris, 1942. They're the voices of men in trouble who are wondering how they'll survive and who is to blame. The despairing tones of an electrician (Arye Gross), a painter (Jon Matthews), a doctor (Raphael Sbarge), and six others who are arguing about who deserves to be sent to a concentration camp aren't pretty to hear, but they're mesmerizing. L.A. Theatre Works perfectly captures the black-and-white Cold War ambiance of this 1964 one-act classic.

In a small and dark room, nine men are assembled under a shadowy pretext. As tension builds, the men are questioned: are they the sort of people that the new Nazi regime considers "inferior"?