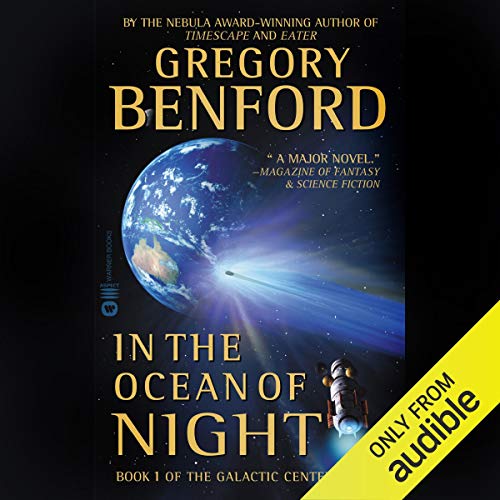 In the Ocean of Night

In the Ocean of Night

It is 2019. NASA astronaut Nigel Walmsley is sent on a mission to intercept a rogue asteroid on a collision course with Earth. Ordered to destroy it, he instead discovers that it is actually the shell of a derelict space probe - a wreck with just enough power to emit a single electronic signal.

In 2034, a reply is heard. Searching for the source of this signal, which comes from outside the solar system, Nigel discovers the existence of a sentient ship. When the new vessel begins to communicate directly with him, the astronaut learns of the horrors that await humanity. For the ship was created by an alien race that has spent billions and billions of years searching for intelligent life… to annihilate it.

Das sagen andere Hörer zu In the Ocean of Night