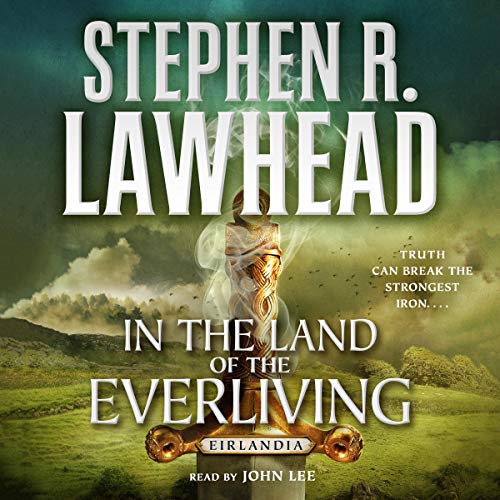 In the Land of the Everliving

Stephen R. Lawhead, the critically-acclaimed author of the Pendragon Cycle, continues his Eirlandia Celtic fantasy series with In the Land of the Everliving.

Conor and his sword companions must leave the safety of the faéry kingdom for the barbarian Scálda threaten to overrun Eirlandia. As he fights for his people’s survival, Conor discovers that several of the clan leaders have betrayed their nation by aiding the Scálda. The corruption is such that Conor and his men choose to become outcasts, clan-less and open to attack by friend and foe alike.

They form their own warband...and the beginning of a legend as Conor unites the common people of Eirlandia to drive the poison from their land.

Das sagen andere Hörer zu In the Land of the Everliving