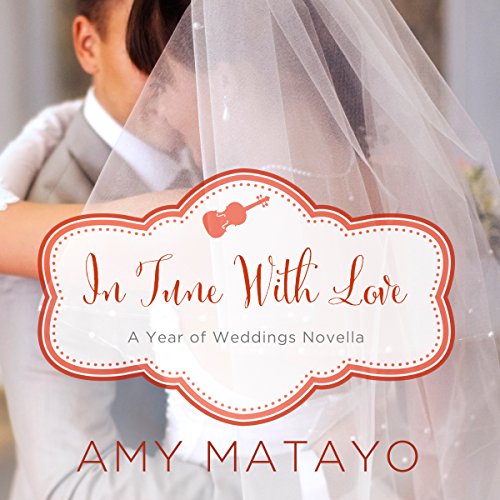 In Tune with Love

In Tune with Love

They've helped orchestrate the perfect day for countless couples. Now 12 new couples will find themselves in the wedding spotlight in the second Year of Weddings novella collection.

April is willing to do anything for her sister's wedding - until she comes face to face with a guy from her past. April Quinn is thrilled to be her sister's maid of honor until the wedding coordinator quits, and the responsibilities get dumped on her. It's April's worst nightmare - especially since her sister has more objections and opinions than a lawyer presenting a high-profile court case.

When the wedding singer walks out at the last minute, her sister hires a replacement. When April finds out who the replacement is, she's ready to call it quits as well. Because there's only one person in April's past that she never wanted to see again, and her sister just handed him a front-row seat to the wedding.

Jack Vaughn finally has the career he's always wanted. After playing in bars and singing at weddings as a struggling musician for half a decade, he's just released his second album, and sales are skyrocketing. But while visiting his parents' Nashville home the weekend before his first headline tour, he runs into an old friend. When she asks him for a last-minute favor, he can't bring himself to say no. Even though saying yes means he has to come face to face with April Quinn - the girl who hasn't spoken to him in years. And rightly so, since he stole something from her that he'll never be able to repay.

"From snort-out-loud laughter to grab-a-tissue poignancy, author Amy Matayo pings a range of emotions with witty dialogue, snarky humor, and a well-played reluctant romance that will have readers sighing, laughing, and begging for more from the talented debut author." (Serena Chase, USA Today's Happy Ever After blog)