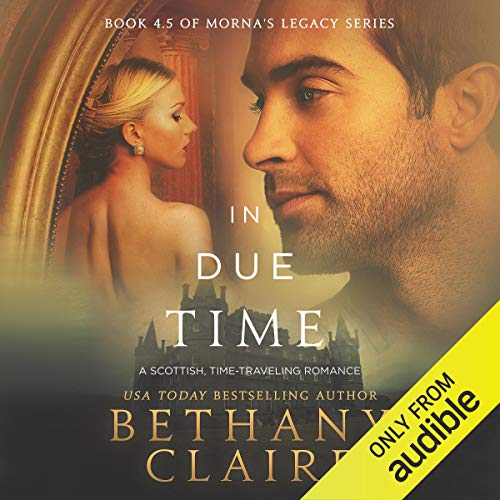 In Due Time: A Novella

Everything happens in its time.

For Jeffrey Oakes, life in the seventeenth century hasn't been the thrilling change of pace he hoped it would be. The lack of power tools, better hygiene, and cold beer has him yearning for the luxuries of his modern-day life. It might all be bearable if he had someone to maneuver the cultural differences and minimal conveniences with-someone with whom he could make a life. But among the Scottish countryside, with women so different from himself, he knows his chances of finding such a woman are small. If only Morna could work her magic for him like she has done for so many others.

Kathleen Carter's life is changing. With enough money now saved to fulfill her dream of restoring the castle she inherited, her job as housemaid is coming to an end. All she wants now is for moving day to arrive so that she can get to Scotland. She knows she'll have no time for much of a personal life for the next few years, but that's okay. The ruined castle will take all of the love and attention she has to give. Or so she thinks. Little does she know that a move isn't the only big change life has in store for her and that perhaps her dreams might include more than devoting her life to a big, empty castle.

Das sagen andere Hörer zu In Due Time: A Novella