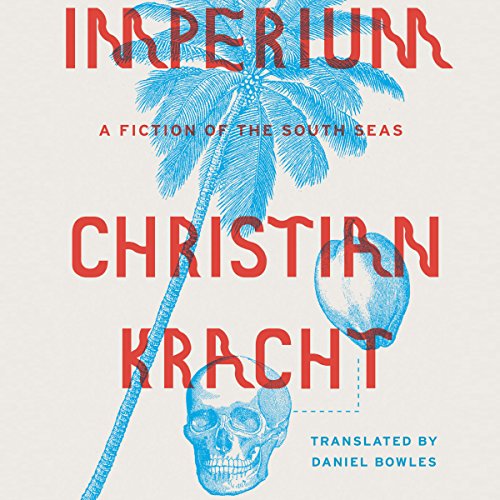 An outrageous, fantastical, uncategorizable novel of obsession, adventure, and coconuts.

In 1902, a radical vegetarian and nudist from Nuremberg named August Engelhardt set sail for what was then called the Bismarck Archipelago. His destination: the island Kabakon. His goal: to found a colony based on worship of the sun and coconuts. His malnourished body was found on the beach on Kabakon in 1919; he was 43 years old.

Christian Kracht's Imperium uses the outlandish details of Engelhardt's life to craft a fable about the allure of extremism and its fundamental foolishness. Engelhardt is at once a sympathetic outsider - mocked, misunderstood, physically assaulted - and a rigid ideologue, and his misguided notions of purity and his spiral into madness presage the horrors of the mid-20th century.

Playing with the tropes of classic adventure tales like Treasure Island and Robinson Crusoe, Kracht's novel, an international best seller, is funny, bizarre, shocking, and poignant - sometimes all in the same minute. His allusions are misleading, his historical timelines are twisted, his narrator is unreliable - and the result is a novel that is also a mirror cabinet and a maze pitted with trapdoors. Both a provocative satire and a serious meditation on the fragility and audacity of human activity, Imperium is impossible to categorize, and utterly unlike anything you've heard before.