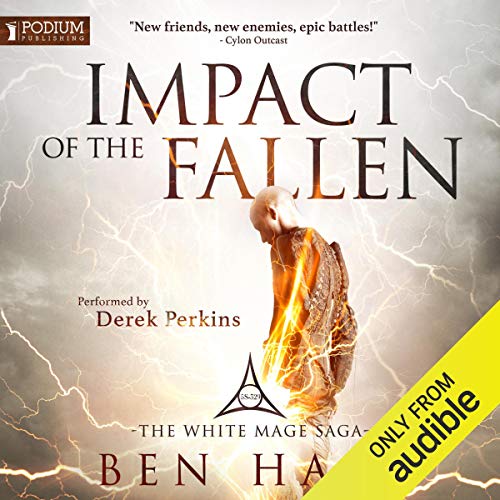 Impact of the Fallen

Empowered with the magic of luck, the Master has no equal. At her command, the Dark has devoured half the globe. Entire nations have been erased, continents have vanished, and billions are dead. The desperate survivors have joined a worldwide evacuation to the Americas. Their hope died when the Oracle fell.

Yet they do not yield.

Inspired by the Oracle's defiance, mankind has chosen to fight. For them to triumph, they require a weapon - one that now walks the Dark, forgotten and lost. Battling hordes of fiends, he seeks to escape the cloud. Instead he finds a young woman, one who has fallen from the sky. Both are believed to be dead, and when they return one thing is certain.

The whole of the Earth will feel the impact.