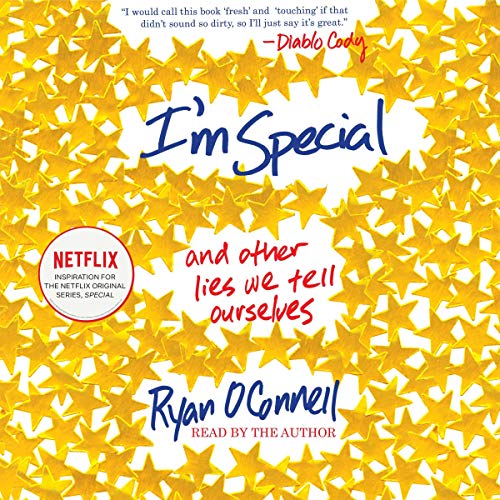 This hilarious part memoir, part manifesto reveals what sets apart the latest generation of young people coming of age in an all-wired, overeducated, and underemployed world.

People are obsessed with Ryan O'Connell's blogs. With tens of thousands reading his pieces on Thought Catalog and Vice, watching his videos on YouTube, and hanging on to each and every #dark tweet, Ryan has established himself as a unique young voice who's not afraid to dole out some real talk. He's that candid, snarky friend you consult when you fear you're spending too much time falling down virtual k-holes stalking your ex on Facebook or when you've made the all-too-common mistake of befriending a psycho while wasted at last night's party and need to find a way to get rid of them the next morning. But Ryan didn't always have the answers to these modern-day dilemmas. Growing up gay and disabled with cerebral palsy, he constantly felt like he was one step behind everybody else. Then the rude curveball known as his 20s happened, and things got even more confusing.

Ryan spent years as a millennial cliché: he had dead-end internships; dabbled in unemployment; worked in his pajamas as a blogger; communicated mostly via text; looked for love online; spent hundreds on "necessary" items, like candles, while claiming to have no money; and even descended into aimless pill-popping. But through extensive trial and error, Ryan eventually figured out how to take his life from bleak to chic and began limping toward adulthood.

Sharp and entertaining, I'm Special will educate 20somethings (or other adolescents at heart) on what not to do if they ever want to become happy, fully functioning grownups with 401(k)s and dogs.