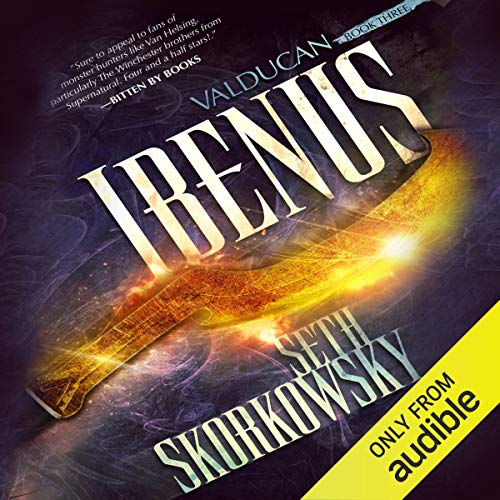 After surviving a demon attack, disgraced police detective Victoria Martin tracks down the Valducans in search of answers. Recognizing her potential, and despite the warnings of the other knights, Allan Havlock, protector of Ibenus, takes her in as his apprentice. As the Valducans travel to Paris to destroy a demon nest infesting the catacombs, the knights find themselves hunted by an Internet group intent on exposing them. Victoria, who belongs to this group, must desperately play both sides to protect not only herself but Allan, whom she has begun to love. Ibenus, however, has other plans.

Ibenus is the third book in the Valducan series, for which Skorkowsky was short-listed as Best Debut Author in the 2014 Reddit Stabby Awards.