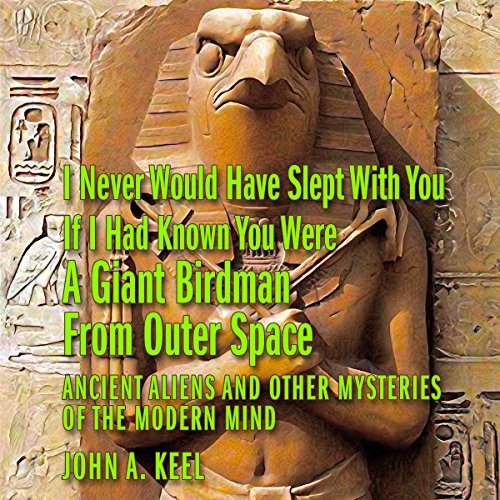 This is the second edition, published in 2017, featuring an additional half-dozen chapters, thus completing the entire set of Keel articles in this series. It matches the new Kindle version that has also just been published (2017).

Following years of surveillance and harassment from both human and supernatural spooks, intrepid Fortean investigator John A. Keel sat down to compile his thoughts on all he had learned during his 1960s research into UFOs, synchronicity, creature entities, and other unexplained phenomena. The result was a series of concise, thematically related "ancient astronaut" articles, which were published in Saga magazine between 1973 and 1976.

In these papers, Keel pulls together many of the threads discussed in his classic books The Mothman Prophecies and The Eighth Tower, which were written at the same time. By looking at ancient lore and applying it to modern UFO cases, Keel reveals that while the "ancient alien" phenomenon is indeed very ancient, it is certainly not alien.

Using a wide array of evidence, coming from several different angles, Keel deftly explains why the winged, birdlike "ancient aliens" are bent on controlling the human race and how they do it. Surprisingly, Keel's research into Mothman could play a key role in deciphering the mystery of ancient aliens - whether or not the human race was actually created, genetically, by giant birdmen mating with earth women, and whether or not there was once a worldwide religion that worshiped Mothman-like gods.