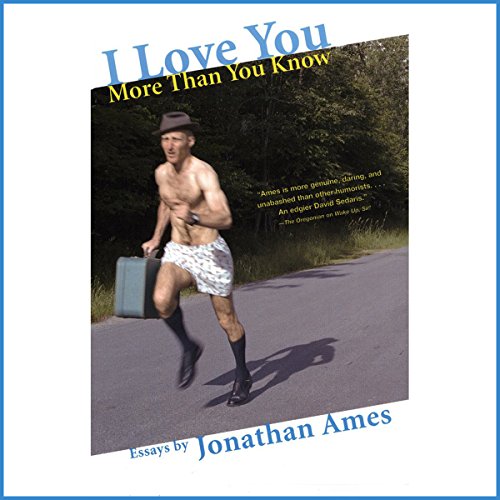 I Love You More Than You Know

Jonathan Ames has drawn comparisons across the literary spectrum, from David Sedaris to F. Scott Fitzgerald to Woody Allen to P.G. Wodehouse, and his books, as well as his abilities as a performer, have made him a favorite on The Late Show with David Letterman. Whether he's chasing deranged cockroaches around his apartment, kissing a beautiful actress on the set of an avant-garde film, finding himself stuck perilously on top of a fence in Memphis in the middle of the night, or provoking fights with huge German men, Jonathan Ames has an uncanny knack for getting himself into outlandish situations.

In his latest collection, I Love You More Than You Know, Ames proves once again his immense talent for turning his own adventures, neuroses, joys, heartaches, and insights into profound and hilarious tales. Alive with love and tenderness for his son, his parents, his great-aunt, and even strangers in bars late at night, in I Love You More Than You Know Ames looks beneath the surface of our world to find the beauty in the perverse, the sweetness in loneliness, and the humor in pain.