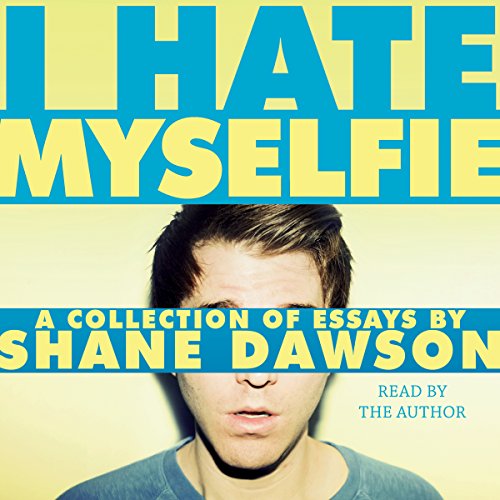 The audiobook that more than 12 million YouTube subscribers have been waiting for! Shane Dawson's memoir features 20 original essays - uncensored yet surprisingly sweet.

Shane Dawson has always been an open book. From his first YouTube vlog back in 2008 to his feature film debut Not Cool to a cover story in Variety magazine, Shane has documented his life pre-tty thoroughly. We've seen awkward and adorable Q&As with his mom, weight-loss center drama, love life details, and the all-important haircut reveal. We've seen his hilarious spoofs of Miley Cyrus, Paris Hilton, and Sarah Palin. His music videos are awesome.

But in his upcoming memoir, fans will finally get a chance to see the real Shane through personal stories that are at once humorous and heartwarming, self-deprecating and totally inspiring. Highlighting key moments of his childhood and adolescence, through his phenomenal success on YouTube, and continuing on to his more recent experiences as an actor and director, Shane's memoir will feature the silliness and satire his fans already enjoy, but it will be even more in depth, more real, and more portable.

I followed Shane since 2013 and always found his voice to be soothing or nice to listen to. Ig im honest i never thought i would like a book by a youtuber because they're all the same but this one pleasently suprised me. Exceptionally funny stories!

If you are a fan of Shane, you'll like it a lot

The storys are funny, and it's really well read. But some dialogues are obviously made up to make everything more funny. The storys actually seem real, but some dialogues are just unrealistic and too funny to ever be true. And tbh I get it. Shane is a comedian and that's literally comedy. But just like in his videos, its kinda annoying after a while, because some conversations are obviously made up to be more hilarious. But I'm pretty sure, if you like Shane, and like his videos as well as his kind of comedy, and don't mind some super obvious too-funny-to-be-true dialogues and overly dramatic characters, than you'll probably love this book.

very funny stories about his life! I had tears from laughing too hard : )

I imagine people who don't know Shane from YouTube would have mixed feelings about this but I listened to this for the past four days and I'm in love! The best part is that is the one reading it too. I hope he'll release more audio books in the future!

I love Shane so much

Finally came around to listen to his book and I really enjoyed it! I just wish it was longer, his stories are great!