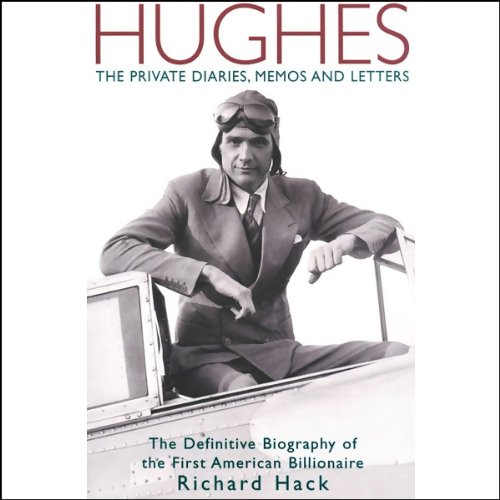 "Howard Hughes would have hated this book...because he never wanted the truth to be told. As the man who knew Hughes best for 17 years and to whom he referred publicly as his alter-ego, I now believe that the entire story has finally been told." (Robert Maheu)

Howard Hughes was a true American original: legendary lover, record-setting aviator, award-winning film producer, talented inventor, ultimate eccentric, and, for much of his lifetime, the richest man in the United States.

His desire for privacy was so fierce and his isolation so complete that even now, 25 years after his death, inaccurate stories continue to circulate, and many have been published as fact. Hughes explodes the illusion of his life and exposes the man behind the myth. He was a playboy whose sexual exploits with Hollywood stars were legendary. He was a man without compassion; an entrepreneur without ethics; an explorer without maps; and ultimately, an eccentric trapped by his own insanity, sealed off from reality, who died a lonely and - until now - mysterious death.

Newly uncovered personal letters, over 110,000 pages of sealed court testimony, recently declassified FBI files, never-before-published autopsy reports and exclusive interviews reveal a man so devious in his thinking, so perverse in his desires, and so influential that his impact continues to be felt even today. From entertainment to politics, aviation to espionage, the influence and manipulation of this billionaire has left an indelible and unique mark on the American cultural landscape.

"In the most exciting bio of the year, Hack presents the American dream curdling into the American nightmare, personified in a legend who at last has an accounting worthy of him." ( Publishers Weekly)
"A fascinating, captivating listen." ( AudioFile)