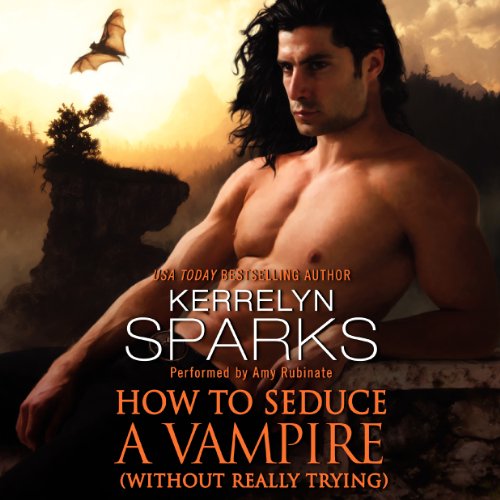 How to Seduce a Vampire (Without Really Trying)

From New York Times best-selling author Kerrelyn Sparks comes the next adventure in the Love at Stake series, featuring a Master vampire and his love affair with a woman of many secrets.…

Vampire Zoltan Czakvar is on the hunt for the truth about his father’s death. He’s been searching for a very long time - since 1241, in fact. And he is not about to give up, even when he’s attacked by a woman with striking blue eyes and a hell of a right hook!

Neona is also on the hunt. She’s looking for a mate and she thinks muscled Zoltan will work just fine. After all, men are good for only one thing. Soon, though, she realizes there’s more to this handsome vampire than just sexual prowess. But she’s keeping a secret from Zoltan, something so big that it will rock the vampire world.

Can their newfound love survive…even if their passion means the destruction of her world?