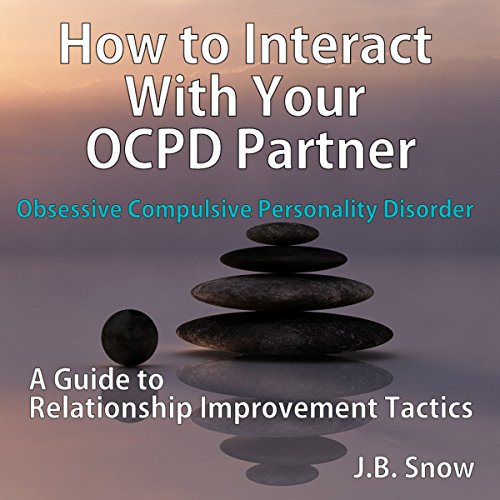 How to Interact with Your OCPD Partner: A Guide to Relationship Improvement Tactics

OCPD (Obsessive Compulsive Personality Disorder) is a relatively new diagnosis. Many couples who are having problems communicating and relating with one another might seek counseling and end up finding out that their partner has OCPD. Where does the partner who is not OCPD go in order to better understand their partner with OCPD? Where does one turn when there don't seem to be many answers out there yet as to how to better handle a relationship with an OCPD person?

It is said that people who have traits that are consistent with OCPD might have a divorce rate that is higher than average couples - even as high as 90 percent! The reason is that there isn't enough educational material out there in order for couples to better understand each other. That which confuses us causes great misunderstanding and great miscommunication when we are married. It is no wonder that couples with and without OCPD struggle to connect and bond appropriately.

Years ago, an OCPD marriage would have stayed together because the couple often didn't have a lot of choices. There are more choices than ever in 2015. Do we raise our families with the OCPD person that we partnered up with? They are often stable and strong providers, but they are lacking in social and emotional qualities that we equate with relationships. Or do we seek someone who can be more compatible with us in our later years when we wish to travel and to retire with someone who enjoys talking for hours over a cup of coffee?

This book seeks to uncover the intricacies that are in the brain wiring and tendencies of the OCPD person. It seeks to educate those who are in contact with OCPD people on better ways to interact with them and ways to build an intimate and meaningful bond with them. A relationship between an OCPD person and a non-OCPD person can become extraordinarily difficult without the understanding that is in this guide.

Das sagen andere Hörer zu How to Interact with Your OCPD Partner: A Guide to Relationship Improvement Tactics