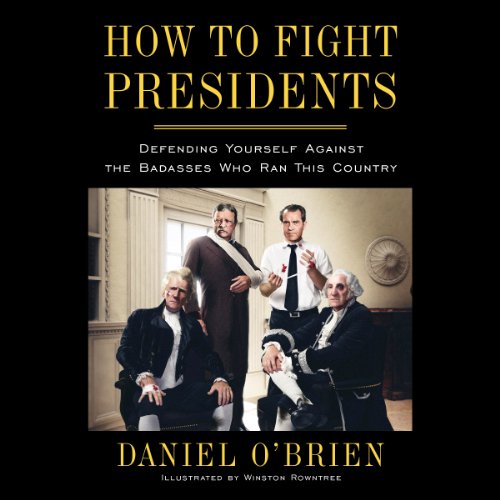 How to Fight Presidents

Make no mistake: Our founding fathers were more bandanas-and-muscles than powdered-wigs-and-tea.

As a prisoner of war, Andrew Jackson walked several miles barefoot across state lines while suffering from smallpox and a serious head wound received when he refused to polish the boots of the soldiers who had taken him captive. He was thirteen years old. A few decades later, he became the first popularly elected president and served the nation, pausing briefly only to beat a would-be assassin with a cane to within an inch of his life. Theodore Roosevelt had asthma, was blind in one eye, survived multiple gunshot wounds, had only one regret (that there were no wars to fight under his presidency), and was the first U.S. president to win the Medal of Honor, which he did after he died. Faced with the choice, George Washington actually preferred the sound of bullets whizzing by his head in battle over the sound of silence.

And now these men - these hallowed leaders of the free world - want to kick your ass.

Plenty of historians can tell you which president had the most effective economic strategies, and which president helped shape our current political parties, but can any of them tell you what to do if you encounter Chester A. Arthur in a bare-knuckled boxing fight? This book will teach you how to be better, stronger, faster, and more deadly than the most powerful (and craziest) men in history. You’re welcome.