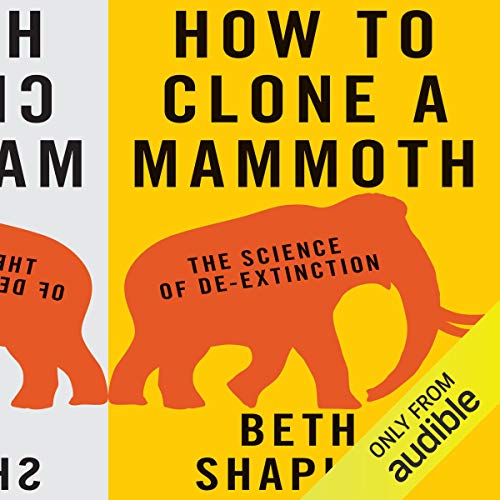 How to Clone a Mammoth

Could extinct species, like mammoths and passenger pigeons, be brought back to life? The science says yes. In How to Clone a Mammoth, Beth Shapiro, evolutionary biologist and pioneer in ancient-DNA research, walks listeners through the astonishing and controversial process of de-extinction. From deciding which species should be restored to sequencing their genomes to anticipating how revived populations might be overseen in the wild, Shapiro vividly explores the extraordinary, cutting-edge science that is being used - today - to resurrect the past. Journeying to far-flung Siberian locales in search of ice-age bones and delving into her own research - as well as those of fellow experts such as Svante Pääbo, George Church, and Craig Venter - Shapiro considers de-extinction's practical benefits and ethical challenges. Would de-extinction change the way we live? Is this really cloning? What are the costs and risks? And what is the ultimate goal?Using DNA collected from remains as a genetic blueprint, scientists aim to engineer extinct traits - traits that evolved by natural selection over thousands of years - into living organisms. But rather than viewing de-extinction as a way to restore one particular species, Shapiro argues that the overarching goal should be the revitalization and stabilization of contemporary ecosystems. For example, elephants with genes modified to express mammoth traits could expand into the Arctic, reestablishing lost productivity to the tundra ecosystem. Looking at the very real and compelling science behind an idea once seen as science fiction, How to Clone a Mammoth demonstrates how de-extinction will redefine conservation's future.

PLEASE NOTE: When you purchase this title, the accompanying reference material will be available in your My Library section along with the audio.
©2015 Princeton University Press (P)2015 Audible, Inc.
Wissenschaft
Mehr anzeigen Weniger anzeigen

Das sagen andere Hörer zu How to Clone a Mammoth