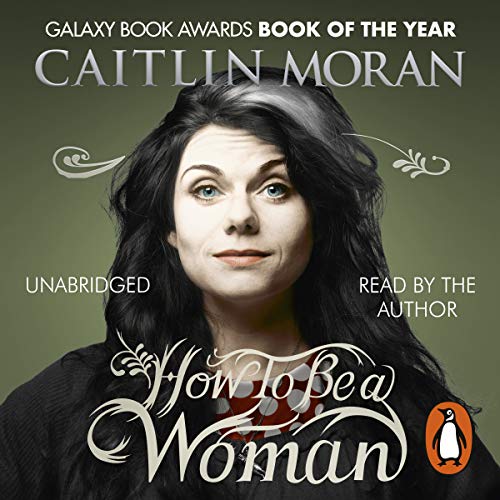 How to Be a Woman

BRITISH PRESS AWARDS CRITIC AND INTERVIEWER OF THE YEAR 2011

1913 - Suffragette throws herself under the King's horse. 1969 - Feminists storm Miss World. Now - Caitlin Moran rewrites "The Female Eunuch" from a bar stool and demands to know why pants are getting smaller. There's never been a better time to be a woman: we have the vote and the Pill, and we haven't been burnt as witches since 1727. However, a few nagging questions do remain...Why are we supposed to get Brazilians? Should you get Botox? Do men secretly hate us? What should you call your vagina? Why does your bra hurt? And why does everyone ask you when you're going to have a baby? Part memoir, part rant, Caitlin Moran answers these questions and more in "How To Be A Woman" - following her from her terrible 13th birthday ('I am 13 stone, have no friends, and boys throw gravel at me when they see me') through adolescence, the workplace, strip-clubs, love, fat, abortion, TopShop, motherhood and beyond.

Caitlin Moran had literally no friends in 1990, and so had plenty of time to write her firstnovel, The Chronicles of Narmo, at the age of fifteen. At sixteen she joined music weekly Melody Maker and at eighteen briefly presented the pop show 'Naked City' on Channel 4. Following this precocious start she then put in eighteen solid years as a columnist on The Times - both as a TV critic and also in the most-read part of the paper, the satirical celebrity column 'Celebrity Watch'.

The eldest of eight children, home-educated in a council house in Wolverhampton, Caitlin read lots of books about feminism - mainly in an attempt to be able to prove to her brother, Eddie, that she was scientifically better than him. Caitlin isn't really her name. She was christened 'Catherine'. But she saw 'Caitlin' in a Jilly Cooper novel when she was 13 and thought it looked exciting. That's why she pronounces it incorrectly: 'Catlin'. It causes trouble for everyone.

"Spectacular! Very, very funny, moving and revealing" (Jonathan Ross)
"I adore, admire and - more - am addicted to Caitin Moran’s writing." (Nigella Lawson)
"Moran's writing sparkles with wit and warmth. Like the confidences of your smartest friend." (Simon Pegg)
“I devoured How to Be A Woman in one sitting...this is the book that frustrated boyfriends have wanted someone...to write for decades” ( Dan Stevens, The Times)
“The book EVERY woman should read” ( Grazia)

Das sagen andere Hörer zu How to Be a Woman

Verry witty, often factual, surely comforting for a good many women. But on a second thought: has it really been "men" who have ruled the Earth so far? I know it is certainly not a new criticism of feminism but, still, Moran has left out class society and where power really is. Not with "the men", surely. In a capitalist society where all are competing against each other, there will always be mostly losers and the same few winners. Would it really be such a great achievement to make this fierce competition just a bit more "polite" (Moran's favourite expression) by letting women take an equal part in the fight?

Funny but oversimplified, sensationalist and sometimes simply logically wrong... disappointing, it started interesting and original but as the book advanced it showed it lacks depth and logic. It's not a book to do favor to the wonderful achievements of feminism along the years, we surely need something better.

So wahr! So amüsant! Dringende Empfehlung!

loved it! very smart and funny book on the struggles of being a woman today.

She is such a great character!

Great voice and spirit, I loved listening to her experiences. She is just so inspiring.