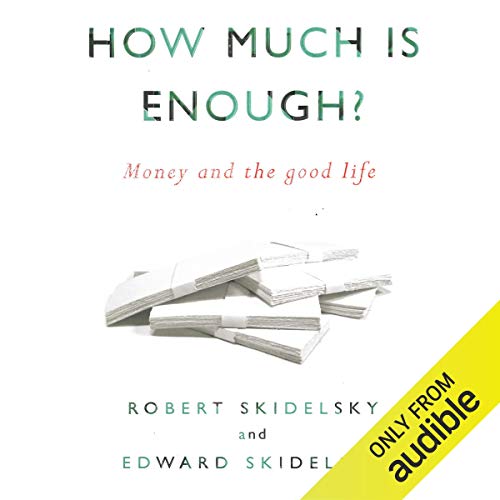 How Much is Enough?

How Much is Enough?

A provocative and timely call for a moral approach to economics, drawing on philosophers, political theorists, writers, and economists from Aristotle to Marx to Keynes.

What constitutes the good life? What is the true value of money? Why do we work such long hours merely to acquire greater wealth? These are some of the questions that many asked themselves when the financial system crashed in 2008. This book tackles such questions head-on.

The authors begin with the great economist John Maynard Keynes. In 1930 Keynes predicted that, within a century, per capita income would steadily rise, people’s basic needs would be met, and no one would have to work more than fifteen hours a week. Clearly, he was wrong: though income has increased as he envisioned, our wants have seemingly gone unsatisfied, and we continue to work long hours.

The Skidelskys explain why Keynes was mistaken. Then, arguing from the premise that economics is a moral science, they trace the concept of the good life from Aristotle to the present and show how our lives over the last half century have strayed from that ideal. Finally, they issue a call to think anew about what really matters in our lives and how to attain it.

How Much Is Enough? is that rarity, a work of deep intelligence and ethical commitment accessible to all readers. It will be lauded, debated, cited, and criticized. It will not be ignored.

Das sagen andere Hörer zu How Much is Enough?