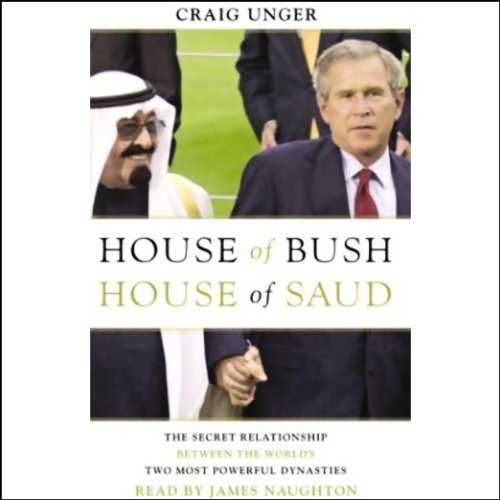 House of Bush, House of Saud

How did the Bushes, America's most powerful political family, become gradually seduced by and entangled with their Saudi counterparts?

Why did the Bush administration approve the secret airlift of 140 Saudis, including two dozen relatives of Osama bin Laden, just after September 11? Did one of the Saudi royals on the planes have any advance knowledge of the attacks?

What specifically chosen words did George W. Bush say on national television during the 2000 election campaign to trigger Muslim support? How did Saudi-funded Islamic groups propel Bush to victory in Florida, thus winning him the presidency?

The answers to these questions lie in a largely hidden relationship between the House of Bush and the House of Saud that began in the mid-1970s. An amazing weave of money, power, and influence, it takes place all over the globe and involves war, covert operations, and huge deals in oil and defense industries. But, most horrifyingly of all, the secret liasion between these two great families helped trigger the Age of Terror and give rise to the tragedy of 9-11.