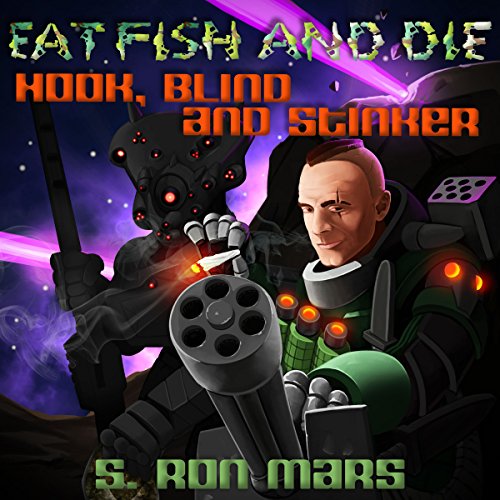 Since you haven't been offended by the last two installments of this #@!$%*-up Sci-Fi Military series, welcome back for a third helping of Martian Man-Grunter and cheesy doodles! Hooah!

While the interstellar war with the Kasago escalates like a monkey's weenie in a Viagra testing lab, we find Major Joachim Merlot and his Battle Ready Android defending Earth against an alien race of stinking fishy creatures. This time Merlot is on a heavily fortified colony planet where everyone figured they were safer than a rectory shower room. As you may have guessed, their assumptions about being penetrated were a bit off course. Sort of like a blind chimp driving with a nine iron.