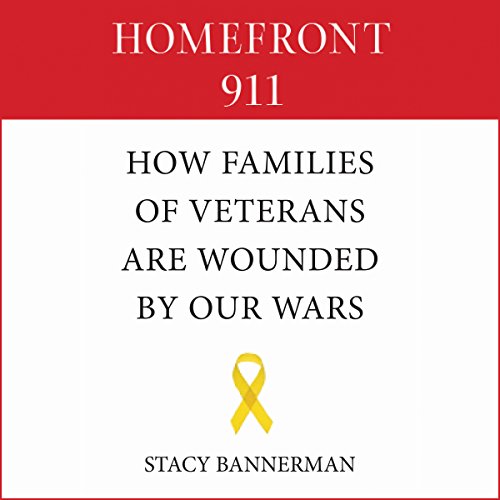 The hallmarks of America’s War on Terror have been repeated long deployments and a high percentage of troops returning with psychological problems. Family members of combat veterans are at a higher risk of potentially lethal domestic violence than almost any other demographic; it’s estimated that one in four children of active-duty service members has symptoms of depression; and nearly one million veterans of Iraq and Afghanistan require increased care due to physical or psychological trauma. But, despite these staggering trends, civilian America has not been mobilized to take care of the families left behind; the American home front, which traditionally has been rallied to support the nation’s war efforts, has disappeared.

In Homefront 911 Stacy Bannerman, a nationally recognized advocate for military families, provides an insider’s view of how more than a decade of war has contributed to the emerging crisis we are experiencing in today’s military and veteran families as they battle with overwhelmed VA offices, a public they feel doesn’t understand their sacrifices, and a nation that still isn’t fully prepared to help those who have given so much. Bannerman, whose husband served in Iraq, describes how extended deployments cause cumulative, long-lasting strain on families who may not see their parent, child, or spouse for months on end. She goes on to share the tools she and others have found to begin to heal their families and advocates policies for advancing programs, services, and civilian support, all to help repair the broken agreement that the nation will care for its returning soldiers and their families.