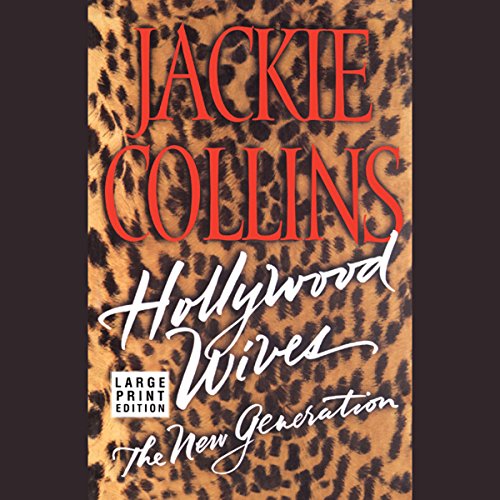 Power! Sex! Money! Fame! The new Hollywood wives are back with a vengeance. Whatever they don't have, they want - and whatever these women want, they get.

Unlike their counterparts in the '80s, who were happy to give charity dinners and exclusive parties to further their husbands' careers, today's Hollywood wives are hungry to create their own identities. These ladies are into achieving everything their famous husbands have and more, and will stop at nothing for a chance in the spotlight.

Ambitious, young, smart and lethal, the new Hollywood wives are into yoga, fasting, spinning, Pilates, their own production companies, and making things happen.

Hollywood Wives: The New Generation explores the secrets of the women in today's Hollywood: their loves, their passions, their affairs, and most of all, their ruthless ambitions. As always, Jackie Collins views Hollywood and its inhabitants with an insider's eye. Jackie's fabulous take on the new breed will shock and surprise, amuse and startle.

"[Collins'] eager faithful will not be disappointed with this newest trendy fable." ( Publishers Weekly)