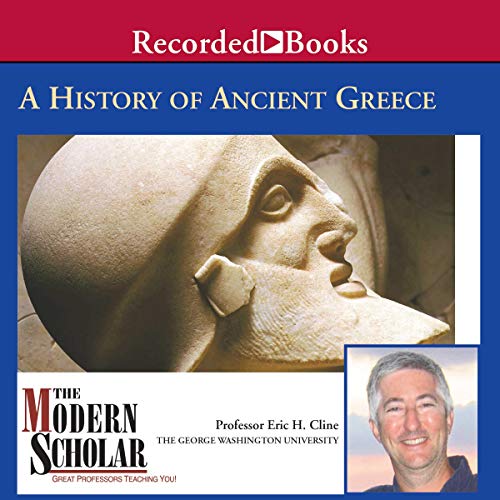 In this intriguing series of lectures, prolific researcher, author, and George Washington University professor Eric H. Cline delves into the history of ancient Greece, frequently considered to be the founding nation of democracy in Western civilization. From the Minoans to the Mycenaeans to the Trojan War and the first Olympics, the history of this remarkable civilization abounds with momentous events and cultural landmarks that resonate through the millennia.

Ancient Greece, indeed, lives on in modern culture, evidenced by an ever-present fascination with the tales of Homer, Greek drama, and the spectacular stories associated with Greek mythology. In the rise of Sparta and Athens, and the origins of democracy in Greek society, people today find a wealth of relevant material for understanding not only ancient Greece, but the modern world. And there is no greater fount of learning than that supplied by the immortal philosophers of Greece: Socrates, Plato, and Aristotle.