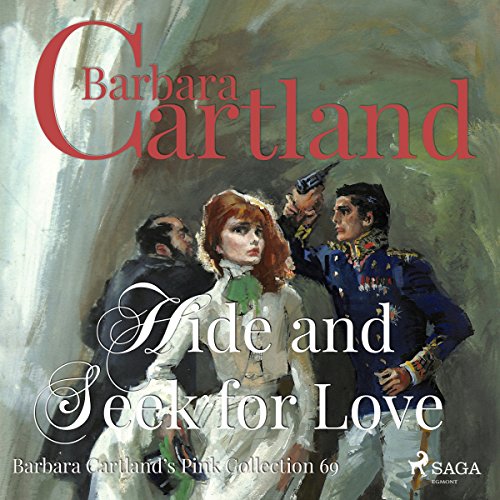 Hide and Seek for Love

Hide and Seek for Love

A bearded and dishevelled figure in the tattered dress of a Muslim Holy Man struggled to a Fort in India and saves it from attack by tribesmen supported by the Russians. The Holy man is Captain David Ingle, one of the members of The Great Game. In a week or so David arrives back in Calcutta and is sent for immediately by the Viceroy, who tells him he has done wonderful service for his country. At the same time his life is in danger from the Russians and, more important his grandfather, the Marquis of Inglestone, has died in an accident and the family title and estate is now his.

David hurries back to England to find that his grandfather had become mad and had refused to spend any money and what was more, he had withdrawn all his fortune from the Bank and hidden it so that no one could find it. David goes to Ingle Hall to find it dilapidated and without any servants. The only people in the house are a distant cousin of his and her nanny. Bernina Falcon is very beautiful, very young and very innocent. How David and Benina start to hunt for the hidden treasure in the house. How they are beginning to think they have failed, when a girl whom David had thought he loved in India arrives - she is very attractive and sophisticated, but David is aware that she has only turned to him now after learning he has become the Marquis.

How David and Benina face and defeat the avenging Russians and how eventually the secret hiding place of the old Marquis is unexpectedly found, is all told in this exciting and unusual novel by Barbara Cartland.

Between the ages of 77 and 97 she increased her output and wrote an incredible 400 romances as the demand for her romances was so strong all over the world. She wrote her last book at the age of 97 and it was entitled perhaps prophetically "The Way to Heaven". Her books have always been immensely popular in the United States where in 1976 her current books were at numbers 1 & 2 in the B. Dalton bestsellers list, a feat never achieved before or since by any author.