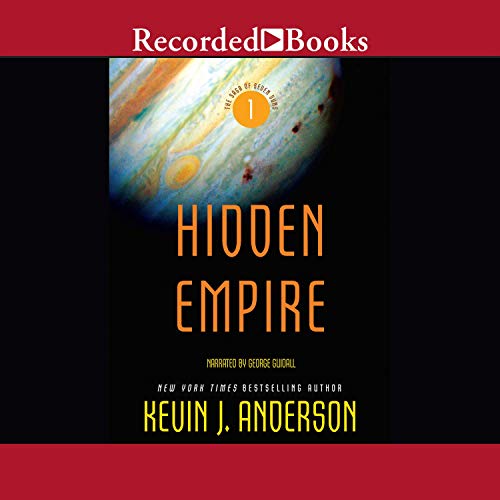 An explosive new science fiction series by New York Times best-selling author Kevin J. Anderson, Hidden Empire is the first volume in The Saga of the Seven Suns, modeled after the Star Wars and X-Files universes. Anderson has become the foremost science fiction writer of the century, bringing to life vivid characters and worlds that delight his fans across the galaxy.

The Klikiss, a now-extinct alien civilization, left behind vast technological information that has been discovered by two xenoarchaeologists. One discovery, a device that converts gas planets into life-giving suns is quickly put to the test with unimaginable results. Arising out of the test is a new alien species that threatens every human. Mankind is left with the dim reality, either fight the new alien life form or face humiliation, death, and extinction.

This riveting adventure swings you from one wonderous realm to another as the Hidden Empire is sought after and exposed. Anderson has created a gripping beginning to what will surely be his best series yet. George Guidall has returned a stellar performance and brought these characters to life in vivid detail.