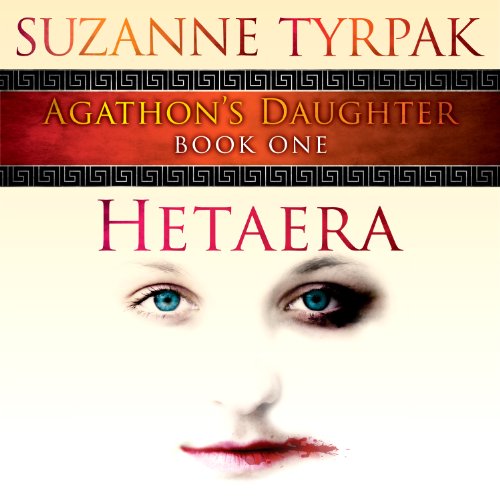 Hetaera--suspense in ancient Athens, is Book One of the Agathon's Daughter Trilogy.

Born a bastard and a slave, Hestia has a gift: the power to read people's hearts. And yet, the secrets of her own heart remain a mystery. Hestia's keen intellect makes her a match for any man. But even a literate slave has little control over destiny. Sold to a prominent statesman with sadistic tendencies, Hestia becomes his hetaera (consort). As her wealth and fame increase so does her despair. She dreams of freedom, but she faces enemies at every turn. When Hestia is accused of murder, the mystery of her past unravels and fate takes another turn.