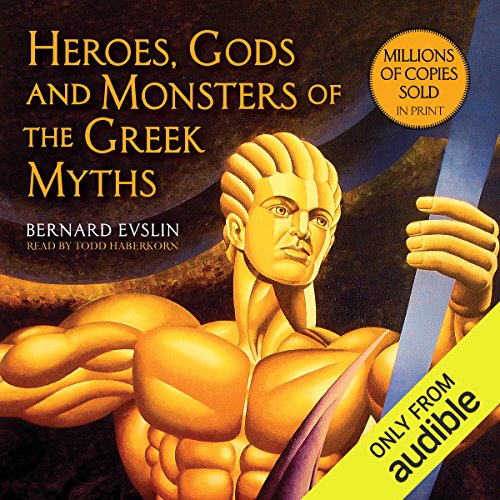 Heroes, Gods and Monsters of the Greek Myths

Having sold millions of copies in print, Bernard Evslin’s classic retelling of the Greek myths captures the excitement and enchantment of these stories that have influenced many of today’s popular films and novels. Easy to understand and fun to read for both adults and children, it is no wonder this book has been taught in schools all over the world. Evslin introduces listeners to the wondrous and terrifying world of superhuman beings, such as Medusa and the Minotaur, and the glory of gods like Zeus, Athena, and Poseidon - brought magically to life through heroes such as Perseus, Daedalus, Prometheus, and others.