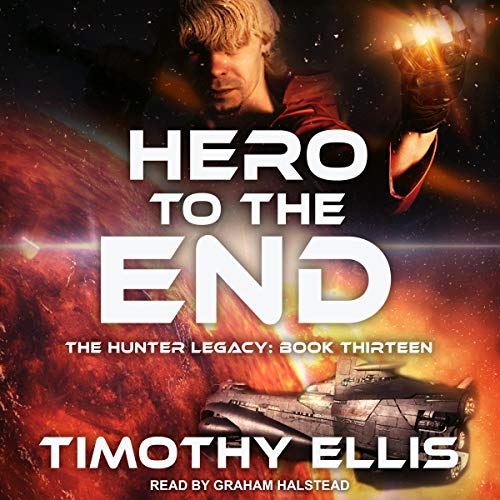 Hero to the End

"If we fall, humanity is lost. Those are the stakes."

The Darkness War rages on, and a war weary Jonathon Hunter faces obstacles which only humans can create, while an enemy which keeps growing stronger, continues to force him to retreat. Saving humanity is the goal, but can Jon be excused for thinking some of it just doesn't want to be saved? Extraordinary events require extraordinary responses, but is Jon still up to the challenge?

Humanity has its bolt hole in another galaxy, and Jon must stop the aliens arriving there before the Door closes, so the survivors will be safe. It's his job to ensure no alien enters Outback, in spite of those wanting to be more aggressive, and take bigger risks, with consequences he dreads happening.

In the end, Jon knows someone has to do the impossible, and maybe even the unthinkable. The safety of humanity carries a price tag. Jon knows this. His team know this. But only Jon knows the true price to be paid.

When all that's left is one insane gamble, will they let him be: the Hero to the End?